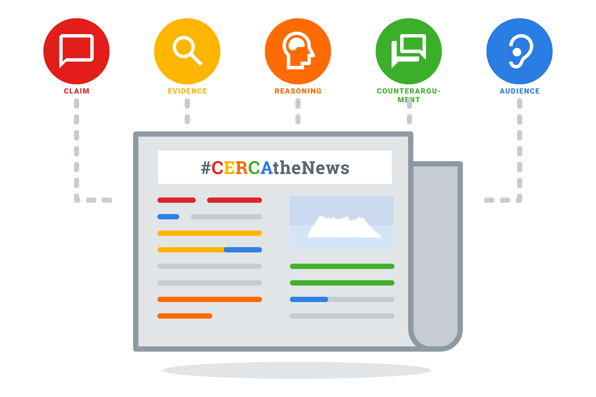 When Articles Link to Evidence, How do We Know the Evidence is Accurate?

Help students evaluate the news with this simple analysis of National Geographic's article. 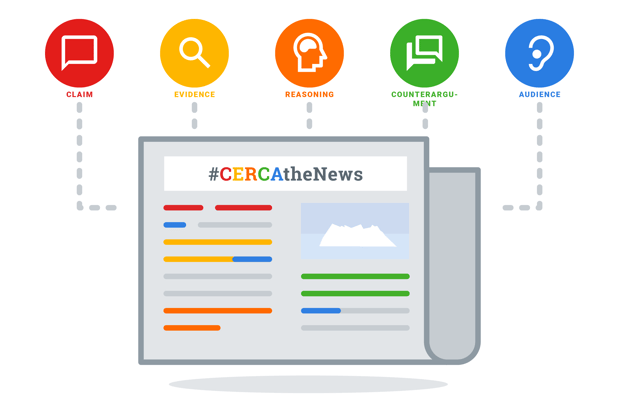 We know how important it is to help students think critically about what they see in the news. That's why we're making it easy for classrooms to evaluate how the news and newsmakers make their points.

This week on #CERCAtheNews, we're taking a specific look at how articles cite evidence. Oftentimes, reports will link to outside evidence to support claims. But that doesn't guarantee that the information the article is based on is accurate.

By taking a look at the claim, evidence, reasoning, counterargument, and audience of a National Geographic article, we hope to help students think critically about what they read or see online.

Once students have read the article, "11 Ways to See How Climate Change Is Imperiling the Arctic," they should refer to the following breakdown to analyze how effectively the author makes an argument about climate change imperiling the Arctic.

"Climate change is imperiling the arctic."

This claim is made directly in the headline.

"On December 22, a weather buoy near the North Pole reported temperatures at the melting point of 32 degrees Fahrenheit. And recent research suggests that the average summer temperature in the region over the last century is higher than in any other century for at least 44,000 years."

Students should note how the author links to external sources to cite her evidence. But, it's not always enough to link to other sites. What if those sites' information is incorrect?

By following the cited links, we can determine whether the article's evidence comes from an authoritative source.

Students: How can you confirm the evidence about average summer temperatures is also correct?

You can start out by verifying if the authors of the study are employed by credible institutions, seeing if any sponsors of the study had business interests that would be positively impacted by the study, looking at how the data was analyzed and collected, and checking whether the study was published in a reputable journal.

Here, the author explains why she claims the Arctic is in peril – whether it happens in the next decade or the next generation, the summer sea ice could very well be gone.

"Maps and visualizations of the resulting changes in the Arctic make it clear that global warming is no hoax."

The author is aware that some readers might argue global warming is a hoax, and addresses this counterargument by stating that the evidence makes global warming undeniable.

Broadly, the article's audience is National Geographic readers, who tend to be interested in nature. By explaining the science behind most of the visualizations in the piece, the author uses language that will make sense to her readers, as many of them might not have the background knowledge to accurately interpret the charts on their own.